An Investigation into the Buying Behaviour

Footwear industry in the UK is one of the major industries that are highly competitive and innovative with a variety of products on offer to the customers. Trainers: is one of the most popular range of footwear among the UK general public targeting on a wide range of market segments with intense competition from conglomerates like Nike, Addidas and Reebok. The fact that age is not a barrier for trainers and the increasing needs of the customers in the UK footwear market has apparently increased the competition among the sellers as well the variety/product range to the customers. Alongside, the increase in competition has forced the competitors to identify new target markets through innovative methods like buyer behaviour, customer spending habits, etc. This report presents a critical analysis on the buyer behaviour for the trainers among the men in London. The fact that buyer behaviour is one of the critical elements that contribute to the successful sales in any business is the reason for this research.

Trainers: a segment of footwear has seen tremendous growth in the sales during the past 10 years. The increase in awareness on health and fitness and sports activities is the major reason behind this sweeping increase in sales as identified by Frances Gray (2004) . The increase in the popularity and sales of trainers has also led to the increase in the number of players/sellers in the market who endeavour to provide innovative and competitive designs of trainers that are aimed for specific sports activities. It is argued that the buyer behaviour is an effective tool to identifying the potential of a specific segment of the target market by many academic authors like Philip Kotler (1988), Frances Brassington and Stephen Pettit (2003).

This research aim is to analyse the buyer behaviour and its effect in the sales of the trainers within the London area of UK. London is not only the capital city of the United Kingdom but also a pivotal location accommodating people from various ethnic origin and catering their needs both personal and social. Alongside, the fact that London is one of the major tourism attractions and has visitors from various countries makes it profound that the customer base in the London area is not only the residents in London but also the visitors to London from other places in UK as well abroad. This justifies that the analysis of the buyer behaviour in London will provide concrete results.

The research accomplished by embracing the research on the following objectives 1.

To establish the critical nature of buyer behaviour in the footwear industry with academic research evidence. 2.

To conduct a secondary research analysis on the trainers business in the UK as a whole focusing on the competitors and identify whether buyer behaviour is part of the marketing strategies of the competitors in the footwear business. 3.

To conduct a critical analysis on the gender-based approach on the buyer behaviour in the trainers segment of footwear business in the London area of UK through primary and secondary research methods. The entire report embraces the aforementioned objectives, which will be critically evaluated in the final chapter before presenting the conclusion.

1.3: Definition of Area of research.

The increase in the competition in the footwear industry and the diffused nature of the consumer demand has apparently increased the need to identify new strategies for increasing sales. Buyer behaviour is one of the very old and basic concepts of marketing management, which was overseen, in the recent years with the growth in technology and other innovative methods. The argument by Estelle Van Tonder (2004) has established that the competition in the footwear industry has tremendously increased and the need to address this competition in the light of buyer behaviour is essential to increase sales and revenue. This report aims to critically analyse whether buyer behaviour strategy can be deployed focusing on gender-based product customisation and marketing which is increasingly seen in the footwear industry. Hence the research will throw light on the question that whether buyer behaviour is a successful strategy to be deployed time and again in the information age through critically analysing the buyer behaviour for Men’s trainers in London. 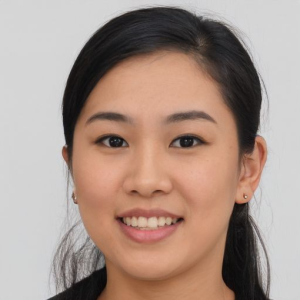 PrevPreviousHow to Write an Admissions Essay
On Key

An Investigation into the Buying Behaviour

1.1: Introduction Footwear industry in the UK is one of the major industries that are highly competitive and innovative with a variety of products on offer to the customers. Trainers: is one of the most popular range of footwear among the UK general public targeting on a wide range of market segments with intense competition

How to Write an Admissions Essay

Writing a college admissions essay may be a daunting task. Whether you’re bucking to be the first high school student to win a Nobel Peace Prize or your greatest accomplishment is getting to homeroom on time, you’re probably not sure exactly what to write in your required admissions essay. According to experts, some of the

How to Write a Narrative Essay

The narrative essay tells a true story to illustrate a point. The story may be the writer’s own or someone else’s, but it must relate something that actually happened. The narrative essay relies on: A plot that traces a character’s development over a period of time Aproblem or challenge the character faces Apoint of view

Introduction The field of consumer behaviour is enormous, and highlights the importance of the customer at the centre of the marketer’s universe. Each consumer is unique with different needs and wants and buying choices and habits are influenced by habit, and choice that are in turn tempered by psychological and social drivers that affect purchase